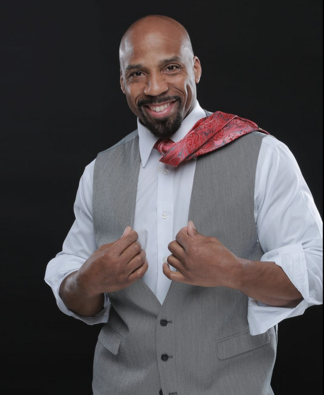 Tina Hobbs is the current owner of HobbsStyle Casting as well as Partner in Skip Thomas Productions. She received her Bachelors of Business Administration from Cleveland State University, and soon entered the workforce. But in 2010 she got her first taste of the film industry while making small appearances in several independent films. This led to her opening her own casting company to help provide local film-makers with the best talent possible.

Tina also served as Producer on many independent films, most notably Skip Thomas Productions, "A State of Mind," "Swing Lowe Sweet Charriote" and "Banger." She has also produced several commercials and appeared in Hollywood films such as "I Alex Cross."

With a firm knowledge of business and a love for entertainment, Tina has positioned herself to become a key figure in the independent film scene.

Mike Berry first, who is a partner at Skip Thomas Productions first gained traction in the entertainment industry with the 1997 EP release, "Weight of The World," which in would land inside of Billboards top 100 albums February 1999. in July 0f 2000 his sophomore project would also find itself inside the top 100. Several mix cd's later and a solid name in the industry, Mike would turn to literature and pen the novel, "The Dangerous Times."

Mike would then make the leap to movie-making and would find his voice. With 9 films to his credit, including the fan favorite, "Banger, starring Omar Gooding and Clifton Powell. He would also direct Ray Jr's Rent Due which would land on Starz and Hulu. He would also write and direct "A State of Mind," a movie tackling the topic of mental health, starring Elise Neal.

With 20 plus years in entertainment and no signs of slowing down, Mike continues to deliver great content for movie watchers the world over.